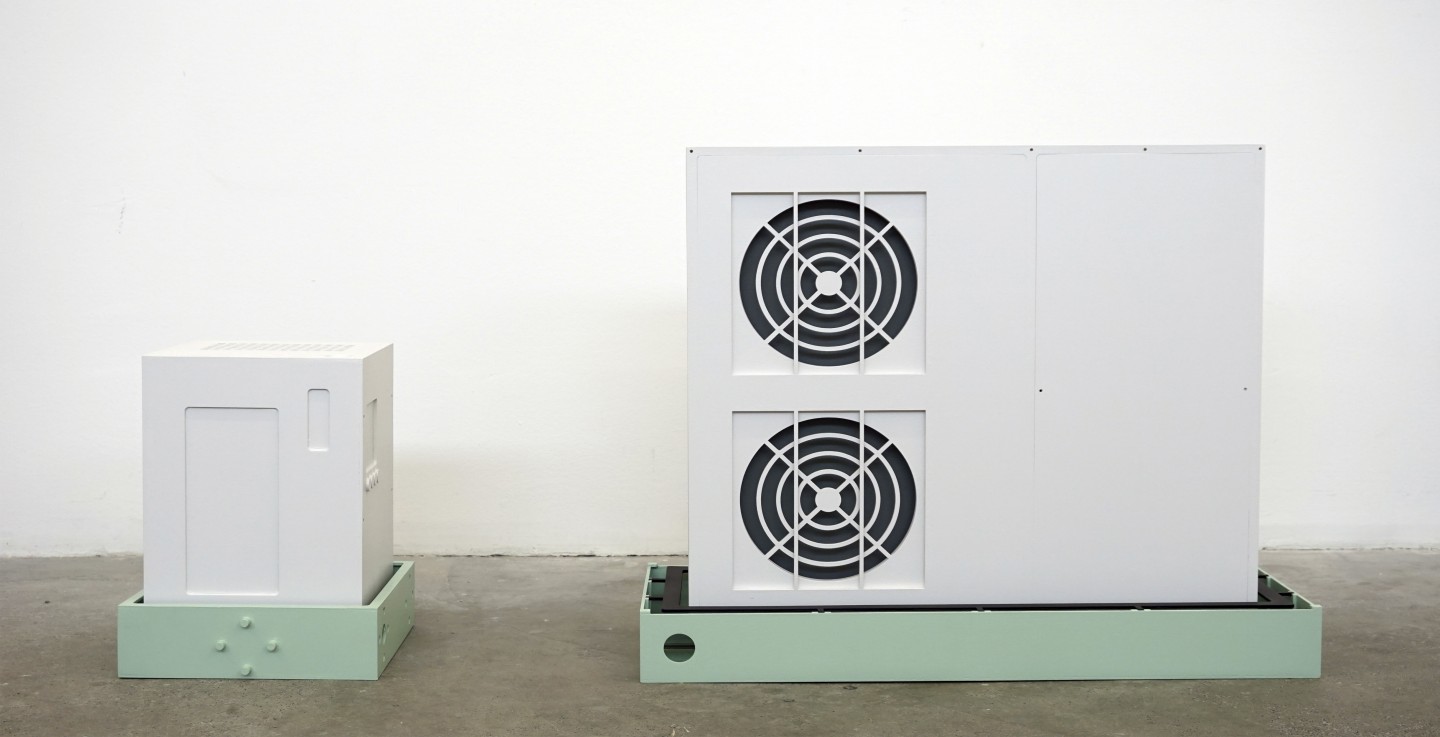 Ruben Mols is fascinated by the role that technology (especially Information Technology (IT) and microelectronics) plays in our daily lives, how digital applications replace physical processes and how this influences our behaviour and actions.

Technology enables us to always be connected with each other and the world around us. Thanks to technological tours de force, all conceivable information has become accessible and retrievable today. In this way we bypass the biological limitations of our bodies, according to the artist. But engaging with technology is an interaction. The equipment used also uses the user. This is expressed, for example, in tailor-made advertising and in video suggestions determined by algorithms (these are two innocent examples at first sight). A circuit has been created between user and device. This blurs the dividing line between controlling and being controlled, input and output. IT is not only a useful tool, but something that actively shapes us and the way we act in the world.

Ruben Mols' art practice is driven by his keen interest in the power of technology and the consequences it has on the lives of individuals and society. The artist is interested in the mechanisms that take place behind "the screens" of technological devices. He is intrigued by the fact that technology is largely invisible and that we do not have access to the code languages, structures and processes that are, for example, encrypted behind "user interfaces" and are shielded behind the smooth surface of a smartphone.

What's more, equipment is becoming smaller and more immaterial, with the result that we are literally losing control of how tools work. The relationship we have with technology as a consumer is too one-sided, he says. Mols rightly asks himself whether people are prepared for the social consequences in relation to the economy and health care. He thinks mainly of the physical and psychological condition of the user.

In his practice, Ruben Mols unravels various strategies behind technological devices with the aim of understanding the functioning of these invisible mechanisms.
On the one hand, the artist investigates the inside of devices by literally deconstructing and disassembling them. The microelectronic parts, which are housed within the tools so familiar to us, form in a direct manner the basis for the form of his phone/tablet sculptures.

On the other hand, Ruben uses computer-controlled drawing programs to play intuitively with the rational imagery of technological equipment such as 5G transmission masts. After the design phase, the drawings of all parts are cut out of wood with a laser cutter. The use of these techniques enables the artist to imitate an industrial standard. During the production process of his sculpture, the artist appropriates, as it were, the process of automation and robotization. Because his creation starts from the craft of one person, the final product takes on a different character. Art allows the sculpture to have no function. The sculpture transcends its physical being and can become transcendental.

Through his sculptures Ruben Mols tries to gain access to a world that is mainly focused on calculation and functionality. In this way he hopes to provide a visual point of departure with the aim of discussing the complex relationship between man and machine.

→ View all works of Ruben Mols