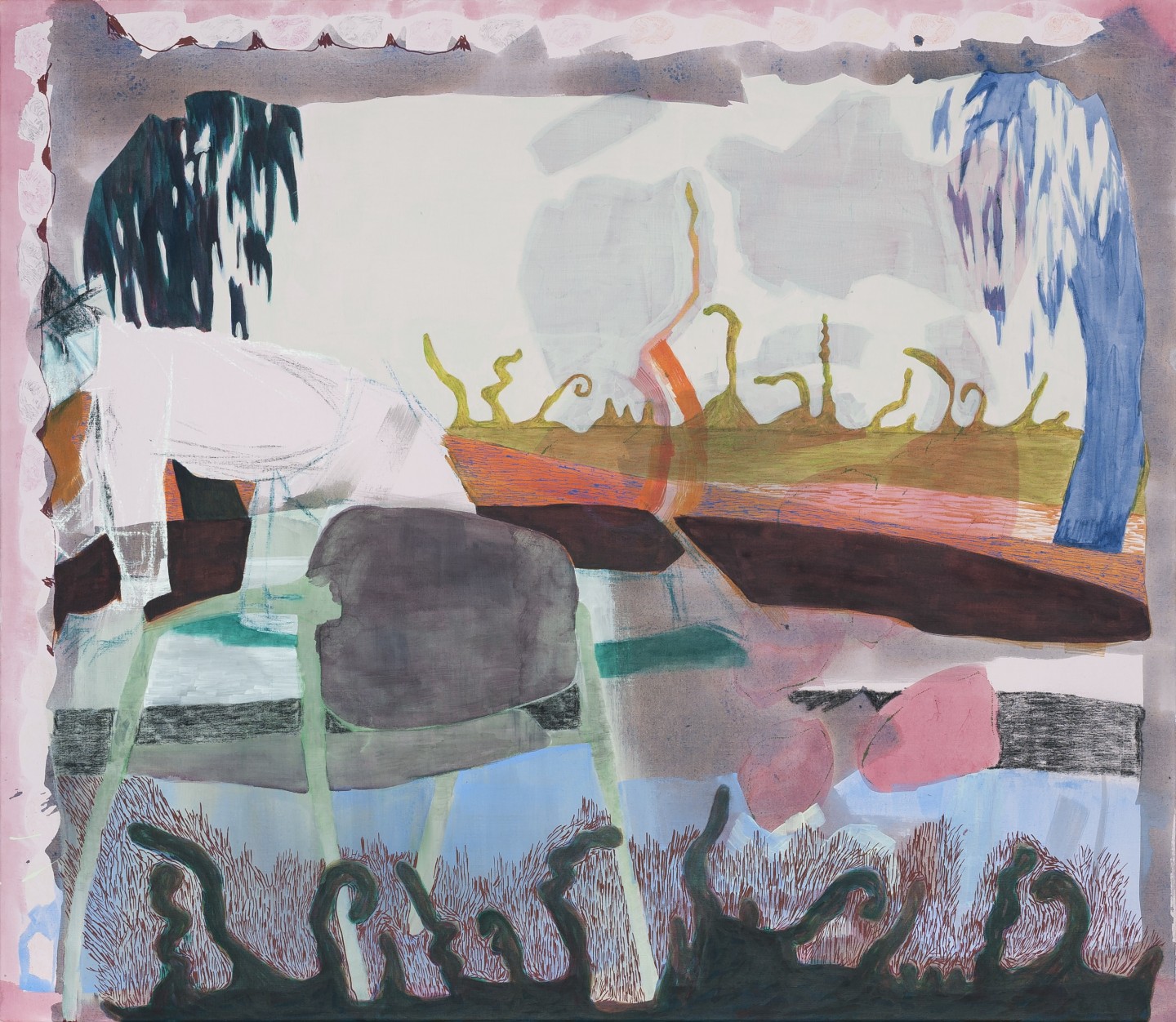 Nancy de Graaf was born in 1989 in Apeldoorn. In 2016 she obtained her Bachelor degree in Fine Art Painting at the AKI ArtEZ in Enschede. From her hometown she daily commutes to her studio in Nijmegen. In this exhibition she showcases the development in her oeuvre by means of her earlier, more figurative and recent, more abstract works of art.

In her own words, De Graaf makes “visual work about things I cannot express with words. An atmosphere, a sound, a tone. My work contains a sense of loneliness, a sense of vulnerability. I always use a lot of words for everything, but these are always the things I can express. And those words I write down. ” For the artist, shapes, colours, figures or words have a certain meaning. In all of her work of art she plays with this meaning and with mutual associations.

The artist's oeuvre mainly consists of paintings and drawings. Text often comes toward her when making the drawings. Sometimes that can be just one sentence that usually becomes the title of the work. Recently a dialogue often emerges from this one sentence. This is how she creates her books with short stories and drawings.

In her earlier works of art, figures are often shown in a vulnerable position. They sleep, crawl, sit or stand with their backs towards the spectator. They usually have an inward concentration and are unaware of their surroundings. However, the figures do not interact with other figures or shapes in the art work. They are just there and they are on their own. Most of the time these are male figures whose heads or faces disappear behind other shapes.

Recently the human figure has disappeared from her work and only parts or pieces of it can be observed. She uses these pieces solely because of their shape, creating an abstract image with figurative elements. The abstraction in her work is constantly based on that figuration. Light also plays a major role in this abstraction. Shadows and residual spaces around shapes merge on her canvas into one large new shape.

In the large works of art, the figurative forms seem to be located in a demarcated space, in which you could climb as a spectator. Nancy's work also often features furniture, especially chairs. She also has a fascination for (empty) interiors, the landscape without painting a landscape. They give you an “outside” feeling inside or an “inside” feeling outside.

The subjects of her artwork are not strictly conceived in advance. They arise intuitively, after which she makes a kind of plan for setting up the basis of the painting. Then she composes the image layer after layer. She creates dynamism in the image by placing surfaces one behind the other, allowing them to merge into one another or to be overshadowed by a different shape. However, the first form she creates as a basis often remains visible in the foreground. The shapes and figures, alternately figurative and abstract, are placed one after the other in the structure. Each step is a response to the previous one. Every piece she paints requires a new perspective. She often does not know where she will end up. After having made a number of works, she then realises what the main theme is in the series.

All works have something theatrical about them. The idea of ​​a play is created by using certain arrangements in the composition and the special framing of the image. The rule she always keeps in mind while painting is: "Anything can happen, anything can shoot in any direction, as long as it is not in the middle." That is what makes her hair stand on end.