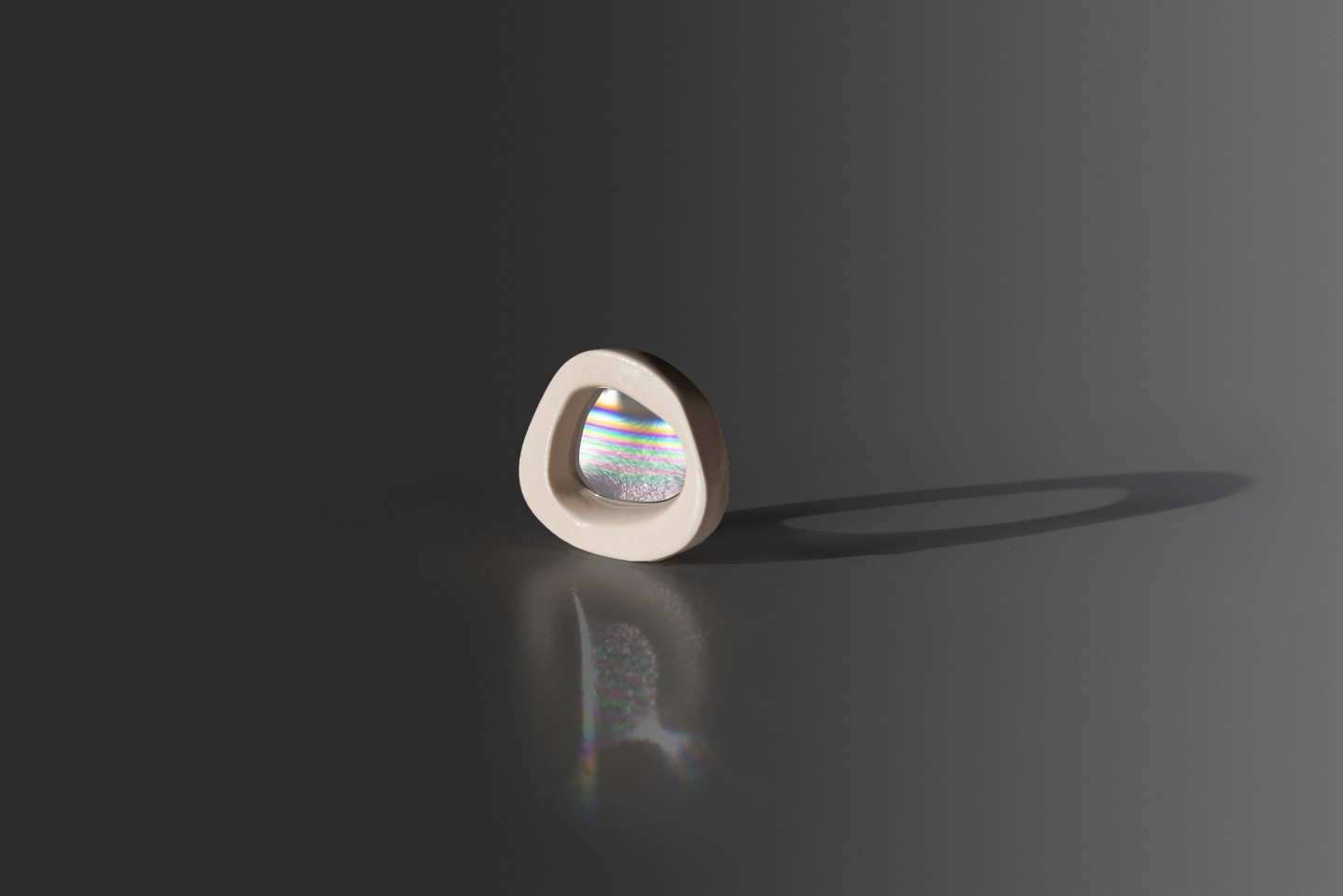 ‘Images in which the artist reveals himself not only as a researcher of life, but also as a creator of high spiritual values, and of that special beauty which only corresponds to poetry.’
Andrei Tarkovsky

Camille Truyffaut is undeniably a subtle and sensitive colourist of light. She explores how light affects the intensity, the texture, the surface of the canvas—or any support for that matter—as well as the objects, colours and the material she uses, and enters a relationship with them. Symbiotic. Often almost unnoticed, with a natural casualness. Intuitively structured within the space of the work, but on the other hand never forgetting the space as such in which the work is integrated. Like an almost unnoticed blink of the eye, like a delicate incidence of light fused with the space.

Each of Camille Truyffaut’s objects—whether she has created it with her own hands or whether she has found it in nature—is a ‘being’ (in the sense of a ‘being there’, of a presence), with a life of its own and a functioning that inevitably results from this life. The choice of her object(s) is dictated by an inner necessity of the object itself, by that which defines the object, by her artistic outlook. Not only her outlook and hands, but also light, time and space shape her works.

Truyffaut’s works have not only an artistic, but also a lyrical power. Something she demonstrates amongst others through the titles of her exhibitions and her works. Thus the works with the expressive title Éponger la mer avec un mouchoir de poche (Sponging the Sea with a Handkerchief)—a title that sounds like a line from a poem—consist of some ten unique handkerchiefs aquatint-printed on organza. On the handkerchief we notice different shades of blue. A handkerchief, for that matter, is an object you use when you’ve run out of words. It refers to the moment words have become redundant and the handkerchief itself speaks. The way Truyffaut mounts these works to the wall not only makes obvious her choice for various sorts of lines—now horizontal, now vertical—but also causes the works to detach themselves of the wall on which they are mounted and ‘float’ in the space. The light that shines through them causes variegated moiré effects, as if your glance skims over the different transparent shapes and reflections of the light. In this way, the artist seems to capture the movement of the various shades of blue—a movement that depends on the print being lighter or darker—in a work that hangs still on the wall.

A new series of works consists of collages of various sorts of paper, with Truyffaut painting with ‘nothing but’ the ephemeral light. She takes sheets of various sorts of paper and folds these once, so as create as it were a horizon, and lays down the sheets in specific ways in the sun. This results in a subtle gradation with which she creates colours in the work, which is then finished by sanding and a marouflage. The crackles in the paper are the result of a natural process and appear over time. The round corners emphasize life. The observation and interactions of the light are crucial in these works, which have turned into landscapes and seascapes.

The tension between what is being shown and what remains hidden, is a constant element in Truyffaut’s oeuvre. By causing something to disappear or not showing it, there arises not only a layeredness—Truyffaut creates colour in her work through a process of superimposing various layers, which results in very specific, idiosyncratic, subtle shades—but also a new image in which the play between transparency and haziness time and again produces a different presence. Often, as the viewer you wonder whether the colour is situated inside the work or comes from outside. As if in a certain way the colour lives inside the shape. Each time, an etching, mounted before of behind the glass, gives rise to a different interpretation and a different work, a new sensitivity.

Apart from her ceramics—which she often hangs on the wall like paintings and which become more transparent the further they are removed from the wall—Truyffaut also shows pieces of glass she found in Mallorca, presenting them as directly natural elements. These pieces of glass, polished by time, she also attaches to the wall, lending them the aura of a painting, a true work of art.

To realize all this and to evoke a certain concentration as well as intensity in the spectator—without explicitly asking for them, simply by letting the work itself speak without words through all it is made of and that is either visibly or invisibly present—Truyffaut turns herself as it were into a researcher of light, of its reflection and of how it affects the materials she uses. Everything with which she can awaken the sensitivity of light and matter is suitable as a material. There are no limits.

On the threshold of transparency and transcendence, she reveals the spectator what the mystery of the light, and thus of art, of life, of beauty, is capable of, almost like an alchemic miracle. In doing so, she never loses sight of the own, inner sound of the organic.

→ View all works of Camille Truyffaut